This article was first published on the Sai Gon economic times on 15 November  2018.

After a long period of waiting, the Government issued Decree No. 143/2018/ NĐ-CP detailing the Law on Social Insurance (SI) and the Law on Labour Safety and Hygiene (LSH) with respect to compulsory SI for employees who are foreign citizens working in Vietnam (foreign employees).

Answers to Queries on Payment Roadmap

Under the Law on SI, foreign employees working in Vietnam who have a work permit (WP) or practice certificate or license issued by Vietnam shall pay compulsory SI as from 01/01/2018. However, since there have been no specific guidelines on this issue, in fact, enterprises are not yet required paid SI for foreign employees.

Now, the roadmap for compulsory SI payment for foreign employees is clearly stipulated by Decree 143. From the effective date of Decree 143, i.e. 01/12/2018, enterprises will pay for two items including: (i) 3% (salary paid for SI) to the sickness and maternity fund; and (ii) 0.5% to the labour accident and occupational disease insurance fund. From 01/01/2022 onwards, enterprises and foreign employees will further pay 14% and 8% respectively to the death gratuity and retirement funds.

And so arises overlapping legislation

Decree 143 specifies the cases of foreign employees subject to compulsory SI payment. Accordingly, foreign employees are obliged to pay compulsory SI when they have a work permit, practice certificate or practice license granted by a competent Vietnamese authority and have signed any indefinite LC, definite LC of one year or more with employers in Vietnam except for: (i) intra-company transferees; and (ii) those reaching retirement age.

The question is whether foreign employees may enter into indefinite LCs.

Prior to the enactment of Decree 143, foreign employees do not fall into this case under Article 22.2 of the Labour Code as aforesaid and they may only sign definite LCs with a term of less than two years. This is governed by Articles 169 and 173 of the Labour Code. Specifically, foreign employees working in Vietnam must have WPs (except for exemptions as prescribed) with a maximum WP term of only two years and any LC term must be in line with the term of the granted WP.

Pursuant to Decree No. 11/2016/NĐ-CP detailing the implementation of some articles of the Labour Code on foreign employees, employers must apply for WPs for foreign employees in advance at least 15 days from their expected date of coming to work in Vietnam. Only after issuance of a WP, the two parties may enter into a LC. After the LC is expired, if any employer wishes to continue employing any foreign employee who has been granted a WP, such employer must complete the procedures to apply for WP re-issuance. And only after re-issuance of a WP, the two parties may enter into a new LC under the re-issued WP. The re-issued WP term must not exceed two years. In addition to these regulations, the labour management authorities have provided further guidelines that any foreign employee’s LC will be ineligible for an indefinite LC, pursuant to the official letter dated 22/12/2011 by the Ministry of Labour, Invalids and Social Affairs guiding the signing of LCs with foreign employees.

So, does Decree 143 allow foreign employees to enter into indefinite LCs upon its taking effect?

Is the regulation that enterprises pay 0.5% to the labour accident and occupational disease fund is considered contrary to the Law on LSH?

Thus, there clearly exists a conflict between Decree 143 and the LSH Law. In this case, which instrument should enterprises apply? Pursuant to Article 156.2 of the Law on Promulgation of Legal Documents, in cases where different legal documents contain different provisions on the same issue, the legal documents of higher validity will apply. Accordingly, the LSH Law will be applied in this case… won’t it?
In order to find the final and correct answer to this issue, we perhaps have to continue waiting for clear guidelines or amendments from relevant state agencies.

This article was written by Le Quang Vy from Phuoc Partners and was first published on the Sai Gon Economic Times.

HONG KONG: Can an internal non-legal representative of a litigant be a member to a confidentiality ring? 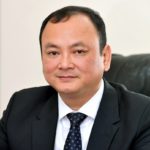