From both legal and practical perspectives, a work permit is the basis for determining not only the validity of a labor contract and its duration but also the related compensation which a company might incur when a dispute arises.  Specifically:

1. A labor contract becomes invalid when the foreign employee does not have a valid work permit, and results in significant legal consequences

The Court System of Vietnam has previously issued rulings regarding this subject.  For instance, Cassation Decision No.12/2006/LD-GDT dated July 04th, 2006 of the Council of Judges of the Supreme People’s Court concerning a dispute between Mr. Tae Man Song and Hyundai Vinashin Shipyard Company Limited (“Hyundai Vinashin Company”) is a typical precedent.  In this case, the Court determined that a labor contract was invalid because the foreign employee did not have a work permit.  Specifically, Mr. Tae Man Song (a Korean) was recruited for a shipping captain position at Hyundai Vinashin Company from March 11th, 1999 to March 10th, 2005, signing several one-year labor contracts.  However, Mr. Tae Man Song only had a work permit which was valid between March 11th, 2001 and March 10th, 2002.  When a dispute arose, Mr. Tae Man Song was performing his 6th labor contract for the working period of March 11th, 2004 to March 10th, 2005.  All three courts (the first instance, appellate and cassation courts) unanimously agreed that the labor contract for the working period from March 11th, 2004 to March 10th, 2005 was entirely invalid due to the violation of the work permit regulations.  (Click HERE for more details of Cassation Decision No.12/2006/LD-GDT)

1.2 In theory, when a contract is wholly invalid, such contract does not create, change or terminate the rights and obligations of the parties from the time of signing. Further, the parties shall revert to the status quo before signing and return to each other what they have received.  However, as the nature of a labor relationship is the “trading” of labor power (labor capacity), it is difficult or even impossible to apply such theories to the case of a wholly invalid labor contract (i.e. it is difficult or impossible to “restore the status quo before signing“).

So, in accordance with the principle of protecting employees’ benefits and encouraging agreements which grant more favorable benefits to employees than those provided by the law, the labor law resolves to correct the violations and maintain the job and salary for employees or at least the benefits of the employee are protected until the labor contract is determined invalid.  It is noteworthy that the compensation incurred by the employer if the labor contract is determined to be invalid would be much lower than if a valid labor contract is illegally unilaterally terminated (i.e. the foreign employee has a work permit).  Nevertheless, business owners should be aware that government penalties for employing foreign workers without a work permit include a fine from between VND60,000,000 to VND150,000,000 and a suspension of the business from between 01 month to 03 months (Article 22 of Decree No.95/2013/ND-CP amended by Decree No.88/2015/ND-CP).

A precedent for this result can be found in Appellate Judgment No.640/2018/LD-PT dated June 28th, 2018 of the People’s Court of Ho Chi Minh City (“Judgment 640“) regarding a dispute over the illegal unilateral termination of the labor contract between the plaintiff – Mr. H (the employee) and the defendant – School Q (the employer).  According to Judgment 640, Mr. H signed a definite-term labor contract from May 15th, 2013 to July 31st, 2015 (the 1st work permit was granted on October 10th, 2013).  After the definite-term labor contract expired, both parties did not sign any new labor contract but Mr. H continued working until the end of March 30th, 2016 (the work permit was renewed with a term from October 22nd, 2015 to October 21st, 2017).  On March 31st, 2016, School Q sent a notice of terminating the labor contract with Mr. H effective from April 30th, 2016 (i.e. a 30-day advance notice).  Mr. H claimed that School Q illegally unilaterally terminated the labor contract with him. Additionally, by arguing that his labor contract became an indefinite-term one under Article 22.2 of the 2012 Labor Code, he requested School Q to provide compensation for the following amounts:

The work permit plays a key role in resolving labor disputes with foreign employees since it not only is the basis for determining the validity of labor relations but also sets limits to the liability incurred by employers in case of disputes.  It should be noted that the responsibility of applying for a work permit for foreign employees belongs to the employers.  If an employer employs a foreign employee without a work permit or with an expired work permit, the employer shall be subjected to a fine from between VND60,000,000 to VND150,000,000 and a suspension of the business from between 01 month to 03 months (Article 22, Decree No.95/2013/ND-CP amended by Decree No.88/2015/ND-CP).

This article is written by Hoang Chuong, Le and Hannah, Huynh from LeTran Law and a copy of the article can be found here.

Stephen is the senior litigator and founder of the firm. With over 15 years of extensive experience, Stephen has impressive knowledge and understanding about business litigation, judgements enforcement, labor and employment, internal and external corporate regulatory compliance. He is shortlisted as the Dispute Start of the Year of Vietnam (2017) by AsiaLaw Profiles. 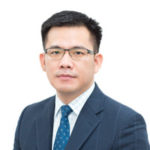 Stephen is the senior litigator and founder of the firm. With over 15 years of extensive experience, Stephen has impressive knowledge and understanding about business litigation, judgements enforcement, labor and employment, internal and external corporate regulatory compliance. He is shortlisted as the Dispute Start of the Year of Vietnam (2017) by AsiaLaw Profiles.