Why The Language of the Law Is So Convoluted: It’s A Feature, Not A Bug
0Shares
0 0 0
ASIALAWNETWORK.COM

Dense, convoluted and utterly impenetrable to the layperson. One need only cast one’s eyes upon the Penal Code’s six-line, 102-word definition of ‘cheating’ to understand why this is the common perception of most legal documents.

It seems intuitive that having laws isn’t very helpful if the only way you can understand them is by taking an expensive 4-year university course, or by learning Latin from a young age. With the passing of the Statute Law Reform Bill, Singapore is already moving to simplify the language used in its legislation by removing lengthy phrases and archaic words like ‘hereinafter’ and ‘hereby’, using shorter sentences and more paragraphing, and replacing ‘shall’ with the more ubiquitous ‘must’ to signify legal obligation.

While this might be a good step in the direction of simplifying legal writing, it’s not just statutes that are written in this convoluted fashion—it’s contracts, affidavits, cause papers, judgements… you get the picture. Most people write to be understood, but it seems like the legally-trained write to confound. Depending on who you are and who you ask, common hypotheses offered to explain this phenomenon range from cautious bureaucracy to protectionist turf-marking.

Yet, could there be another reason behind this verbosity? What if legal writing is convoluted because… it actually has to be?

Everyday life vs the courts

We don’t realise it, but the reason that we can afford to be concise in everyday life is because a lot of what we mean is usually implicit rather than explicit.

To take this example a step further—what counts as ‘lunch’? Is it still ‘lunch’ if you eat it at 5 am in the morning, or 10 pm at night on Sunday? Would your promise to be considered to treat them to lunch be fulfilled if you treated them at 7 pm? And since you haven’t specified what exactly the meal should contain, would it technically count as keeping your promise if all you treated them to was a box of sushi or a cabbage leaf from the supermarket? Alternatively, what happens if your significant other decides to take advantage of your generosity and orders something that you don’t have enough money in your bank account to pay for? How would you protect yourself against that possibility?

It would probably make both of you feel better about the deal if you added some additional clauses to your agreement to make sure neither of you gets shortchanged. Clauses that might include, for instance, an agreed-upon definition of ‘lunch’ that suits both your purposes (“brunch counts”), the agreed upon price range of the lunch (“about $25”), and an agreed upon contingency plan if one or both of you was unable to make it on Sunday due to reasons beyond your control (“fire, earthquake, MRT breakdown”).

And that’s exactly what happens with legislation, contracts, and pretty much any legal document that has ever bamboozled you with its long-windedness. There exists a fundamental trade-off between brevity and certainty, between being concise and being precise.

In legal writing, the latter is usually prioritised over the former. Especially when you’re dealing in things that are best not left up to chance because a misplaced comma could mean a criminal getting off the hook, or an innocent man being wronged, or the loss of 100 million dollars. The simple fact is that there are entire legal teams whose job it is to scrutinise every sentence to find loopholes in legal documents (and, if it’s in the interest of their clients, exploit them). So it’s in the interest of whoever is writing the legal document to be as specific as possible, and as we’ve seen in the lunch example above, that is what usually leads to the convoluted qualifiers. It’s a feature, not a bug.

But it’s also not strictly true that all legal writing is boring and convoluted and hard to understand. Some judgements and affidavits can read like storybooks, if well-written. The opening paragraph of the judgment by the well-known British judge Lord Denning in Miller v Jackson [1977] EWCA Civ 6 comes to mind:

“In summertime village cricket is the delight of everyone. Nearly every village has its own cricket field where the young men play and the old men watch. In the village of Lintz in County Durham they have their own ground, where they have played these last seventy years. They tend it well. The wicket area is well rolled and mown. The outfield is kept short. It has a good club-house for the players and seats for the onlookers. The village team play there on Saturdays and Sundays. They belong to a league, competing with the neighbouring villages. On other evenings after work they practice while the light lasts. Yet now after these 70 years a Judge of the High Court has ordered that they must not play there anymore, He has issued an injunction to stop them. He has done it at the instance of a newcomer who is no lover of cricket…”

As far as literary references go, in the local context, the opening paragraph of Ong Jane Rebecca v PricewaterhouseCoopers and others [2011] SGHC 146 by Choo Han Teck J comes to mind:

“Jane Rebecca Ong (“the plaintiff”) is the modern day Odysseus. She first arrived in the courts here  in  1991  when  she  sued  her  former  husband  and  his  mother  for  various  claims  including  the fraudulent transfer and concealment of assets to which she had a share. The present proceedings,t aking place about 20 years later, seem remote to the Originating Summons she filed in 1991 but is connected to and arose from that action.”

That in itself is unsurprising as affidavits, judgments and submissions serve a wholly different purpose. While statutes and contracts generally serve the purpose of defining rules which are to be adhered to, and as such must be as precise as can be, affidavits and submissions are forms of persuasive writing—no human is likely to be persuaded by excessive verbosity. As for judgments, they are expository pieces rather like a report of what the judge has taken into account, and as such are akin to news articles to some degree, just in greater detail.

Although we’ve established that there are good reasons why legal writing is typically convoluted, as well as the fact that not all legal writing is, there are still benefits to what the government is doing to simplify the statutes. As mentioned previously, a law doesn’t work, and would in fact be unjust, if nobody can understand it. In criminal law, it is important for criminal statutes to be clear and understandable to the layman given the potentially severe consequences that can follow. However, clarity does not necessarily always mean easy reading. Take, for example, the definition of sexual assault involving penetration in s. 376 (1) and (2) of the Penal Code:

shall be guilty of an offence.

(a)    sexually penetrates, with a part of A’s body (other than A’s penis, if a man) or anything else, the vagina or anus, as the case may be, of another person (B);

(b)    causes a man (B) to penetrate, with B’s penis, the vagina, anus or mouth, as the case may be, of another person including A; or

(c)    causes another person (B), to sexually penetrate, with a part of B’s body (other than B’s penis, if a man) or anything else, the vagina or anus, as the case may be, of any person including A or B,

The aforesaid is undoubtedly far clearer than the previous incarnations of the Penal Code, but arguably reads like a computer program! It contains variables (A and B), logical operators (the extensive use of “and” and “or”) and conditionals (“if” statements). In essence, while less demand may be placed on the linguistic skills of the reader in reading statutes which are increasingly drafted in plain language, the importance of logical deduction skills come to the fore.

In fact, given the level of specificity and clarity in updates to the language of statutes, it may even be possible for these to be parsed by machine. That may yet bring a technological advance in the future – with natural language processing, machines may be able to auto-generate illustrations and examples, perhaps even in the form of graphical animations, to show what it means for a person to commit an offence or to be civilly liable under some statute.

There is a reason why the language of the law is complicated, and why it is so in perhaps every language on earth. The law must be specific and precise, lest an ambiguity render its operation impossible, or result in injustice. Not all legal language is of the same nature, though, and legal writing in the nature of persuasive or expository writing is often easier to read than rules. The increased precision and plain language used in modern statutes may well aid in the development of technological advances to help the laymen understand the law better.

This article was co-authored by Wilson Foo, Senior Associate at Trident Law Corporation and Ng Ziqin, Digital Content Intern at Asia Law Network. The ‘lunch’ analogy was adapted from a Reddit ELI5 post.

SMU Lexicon: Consent and Personal Data – Cha...
Driving with Uber or Grab? Learn how you can prote...
SMU Lexicon: A Non-parent’s Maintenance Obligation...
Lawyers in the Pro Bono Movement: Nathan Colless, ...
HSA seizes biggest haul of over $2m worth of e-vap...
Share This
0Shares
0 0 0
Previous Article

How Do I Represent Myself In A Criminal Case—And Should I Do It? 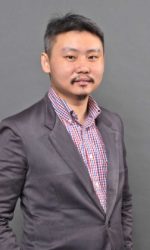