Focus on “death spiral” convertibles – which are essentially convertibles without a fixed conversion price – sharpened recently after a bondholder triggered unusual volume movements in the shares of LionGold and Magnus Energy by converting its bonds into shares below market price and selling huge quantities of these converted shares thereafter. In response to the situation, the Singapore Exchange (“SGX”) has released an article to highlight the risks of such convertible instruments, as well as the disclosure requirements expected of a listed company intending to employ such method of financing.

There are several risk factors a company should consider when contemplating the issuance of “death spiral” convertibles. For one, the continual erosion of the share price due to repeated rounds of conversion and share sale may accentuate the company’s difficulty in obtaining other forms of financing or carrying out further fund-raising. Additionally, companies normally have to bear significant upfront fees for the structuring of such convertibles, and may also incur huge break fees for any termination of the convertible agreement.

Why Issue Convertibles with a “floating” Conversion Price?

Despite the risks associated with “death spiral” convertibles, there are several strategic factors a company may take into account when considering whether to issue such convertibles. For cash-strapped companies, convertibles with a “floating” conversion price may sometimes be the fastest way of raising funds, or even be the only viable source of financing. Even for companies with relatively healthy profiles, the increasing challenge of gaining access to capital can mean that issuing such convertibles, which are arguably more enticing to investors due to the protection they offer against price fluctuations, becomes discussion-worthy. Further, for companies with low liquidity, the relevant risks associated with “death spiral” convertibles may be less acute. The “death spiral” could also be tempered by setting a “floor”, or minimum conversion price.

In its recent regulator’s column, SGX sets out several disclosure requirements expected of listed companies intending to raise financing through the issuance of convertibles with a “floating” conversion price.

In particular, if a company intends to issue such convertibles with a conversion price at a discount of more than 10% of the market price of the shares at the time of exercise, or if the maximum number of shares to be issued exceeds the prescribed limits under the general share issuance mandate, the company will not be able to issue such “death spiral” convertibles by way of a general mandate. The company must convene a shareholders’ meeting to specifically vote on such convertibles and the related new share issuance.

In the circular to be issued to all shareholders, the following disclosures shall need to be made:

While the risks associated with “death spiral” convertibles should not be discounted, a company’s source of financing is ultimately a commercial decision best made by the company after considering the various sources of funding, its business needs and financial circumstances. Although risky, issuing convertibles with a “floating” conversion price remains a viable source of financing which companies might want to consider if the situation fits.

This article is written by Wong Gang from Shook Lin & Bok LLP.

A Definitive and Practical Guide to the Regulatory Sandbox in Singapore 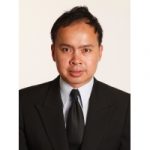