Dividing Matrimonial Assets in a Divorce in Singapore
0Shares
0 0 0
ASIALAWNETWORK.COM

Dividing assets in a divorce is often contentious

Splitting assets during divorce proceedings are often contentious and a challenge, regardless whether it’s a sum of $5,000 or $50 million. It’s natural that both sides would want to preserve as much of their assets as they can in a fair way.  The court typically has final say in this, and there may be unhappiness over the way the assets are divided by the court. This is particularly the case when one party receives a major share of the assets to which the other party has made contributions too.

What goes into the decision?

The outcome when it comes to dividing matrimonial assets lies in part with the information presented to the court and with the lawyer’s advocacy skills. If you are someone looking to divorce and own assets (movable and immovable) acquired during the course of marriage, you will be asked to give facts to your lawyers who must inform the court of your Direct and Indirect Contributions to the assets acquired during the course of marriage, in lengthy affidavits and voluminous exhibits. Section 112 of the Women’s Charter is the Financial Provisions consequent on matrimonial proceedings – the power of court to order division of matrimonial assets.

According to Section 112 (1) of the Women’s Charter, the court shall have power to order for the division of matrimonial assets as the court thinks JUST and EQUITABLE.  This may sometimes be similar to drawing borders between hostile nations following wars or crisis.

There are various High Court and Court of Appeal decisions enlightening the public on the issues surrounding the division of matrimonial assets, all of which striving to achieve the goal of fairness, and equity.

Basically, matrimonial home, which means where the parties reside together with their children are divisible although one party may have acquired it before or during the marriage and may have had it under their sole names.

There is one thing that is excluded from the pool of matrimonial assets — A gift or inheritance acquired by one party (not being a matrimonial home) provided it has not been substantially improved during the marriage by the other party or both parties to the marriage.

What will the court consider?

The court will consider the parties’:

This is further divided into INDIRECT non-financial contributions and INDIRECT financial contributions. The former is mainly for those who have been full time housewives/househusbands from the beginning of the marriage or when either of them sacrificed their careers for the welfare of the family and the children.  Nothing is compensable in situations like these but the court works harder and throw in equitable/just share as a reward.

Lengthy marriages can be a challenge to lawyers and judiciary

Lengthy marriages of 15 years plus are the challenges to the lawyers and judiciary because it comes with various combinations – childless marriages, full-time working couples, full-time housewife, full-time househusband etc. Each and every marriage is a planet on its own with hues and shades.

The maths behind the division of matrimonial assets evolved through various cases and appeals. To call it a math begs forgiveness as life is much more complex than that. The algorithms followed by courts to arrive at fairness, justness, equity paved way to various patterns all of which were strenuous efforts on the part of the Bar and Bench to achieve the impossible, which eventually settled in the Court of Appeal decision –ANJ v ANK.

The court was also cautious about over evaluation where the parties making indirect contributions were given the up-lift (extra percentage of assets) which tend to become unfair for the parties who made the direct contributions (actual payments) towards the assets.  On the whole, the court ruled out the “up-lift” methodology of division of assets.

The current approach pursuant to ANJ v ANK is Structured Approach whereby the court thought that applying “broad brush” approach will be the most suitable.   This depends on the length of marriage, children, extent of assets and nature of contributions.

The indirect contributions can take various forms, depending on the families and the histories behind the marriage and divorce. With the structured approach both parties indirect contributions are duly weighed and analysed before allocating a percentage.  The percentages are not found in the Women’s Charter but have been set out in the precedent cases that were fought in higher courts.

Will there be changes to this current methodology of division? Yes, only time will tell. Each and every case demands attention and screams for justice.  This reminds me of the fact that humans are evolving species, every day is one step towards the higher goal or a superior energy, surrounded by harsh realities of materialism, which the humans must surmount.

If you would like to get legal advice on dividing your matrimonial assets or any other legal matter related to divorce from Remya Aravamuthan, you can book a Quick Consult with her. With an AsiaLawNetwork Quick Consult, Remya will call you back within 2 days for a transparent, flat fee starting at S$49 to give you legal guidance on your legal challenge.

Cyberbullying and online defamation in Singapore - advice from 3 Lawyers

Managing the Risks of Using Robo-Advisors 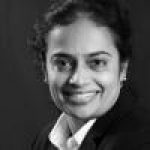