As an international finance centre, families from all over the world relocate to Hong Kong for work purposes. In the event that the relationship between the parents break down, can one of them simply return home with his or her children?

Parental removal of a child from one country to another may amount to child abduction if the removal is wrongful. Removal or retention of a child is considered wrongful if:

Therefore if a parent wishes to permanently remove a child from the jurisdiction of Hong Kong, and the other parent does not grant their consent, he or she is required to obtain permission from the Hong Kong Court.

This English  case remains the leading authority in the Hong Kong Court despite the law having moved on substantially in the UK.

The case involved a 33 year old British father and a 28 year old mother from New Zealand. The mother went to London and obtained a job, after which she met the father, got married and gave birth to a daughter, S. The mother gave up work to be at home with S.

In short, the mother was not happy in England and made an application to relocate with S to New Zealand which was successful.  The trial judge found that if the mother remained in England, the effect of her “unhappiness, sense of isolation and depression would be exacerbated to a degree that could well be damaging to S”. The trial judge concluded that S’s welfare was the paramount consideration and “S’s future happiness will be best assured by her being brought up in a place in which the mother is not just content, but happy”.

The father appealed. The Court of Appeal dismissed the father’s appeal and held that when considering relocation cases, the welfare of the child is always paramount. Relevant factors to be taken into account include:

Payne v Payne was applied and adopted in the Hong Kong Court of Appeal in SMM v TWM [2010] 4 HKLRD 37, where the principles of Payne were summarised by Cheung JA as follows:

After Payne, there appeared to be a presumption in favour of the primary caretaking parent (usually the mother) for relocation. However, the law has moved on and it is becoming more and more clear that the sole criterion for deciding relocation cases is the welfare of the child. Two English Court of Appeal cases which demonstrate the shift by the Courts in applying Payne are discussed below.

MK v CK involved an appeal by a father against an Order permitting the mother to relocate to Canada with their two children. Both parents were working, and the care arrangements amounted to one of shared care.

The appeal was allowed, and the three judges agreed that the only principle of law to be extracted from Payne (or the only principle that runs through the line of relocation authorities including Payne) was that the welfare of the child is the Court’s paramount consideration. All the rest was guidance which should be observed but must not be overstated. Even if a case has similar features with another, such as a case involving a true primary carer, there is no presumption that the relocation plans of the applicant will be in the best interest of the child.

The judges concluded that Payne identified a number of factors which will be relevant to considering relocation cases, but it does not dictate the outcome of a case.

Re F concerns a father’s appeal against the trial judge’s Order granting the mother permission to move to Germany with their 12-year-old daughter. The Court of Appeal allowed the father’s appeal, relocation was set aside, and a re-hearing was directed. The English Court of Appeal summarised the approach that ought to be taken by judges when considering international relocation cases. Moving away from “gender based assumptions as to the role and relationships of parents with a child” in Payne, the focus in such cases “from beginning to end must be on the child’s best interest”. The child’s welfare is paramount and every case must be determined having regard to the “welfare checklist”, though also having regard to guidance from the court where relevant and helpful.

The English Court of Appeal found that the trial judge attached too much importance to the discipline enunciated in Payne, rather than conducting an overall welfare analysis. Without a proper welfare analysis, important evidence, findings of fact and value judgments about risk were not analysed or given consideration. For example, the trial judge had not evaluated the harm to the child on being refused to leave the United Kingdom against the harm to the child as a result from separation from her father after the move. The position in Hong Kong was recently brought before the Court of Appeal in ZJ v XWN [2018] 3 HKLRD 644, a case where the mother applied for leave to appeal against an Order granting permission for the father to permanently remove the child from Hong Kong to Australia.

The mother was refused leave to appeal, however the Court of Appeal helpfully took the opportunity to confirm that the welfare of the child (or in Hong Kong, the best interests of the child) is paramount and that is how the comments of Cheung JA in SMM v TWM (based on Payne) should be read.

There is no welfare checklist set out in Hong Kong statute, however the Court may refer to a welfare checklist when applying the welfare principle under section 3(1) of the Guardianship of Minors Ordinance (Cap. 13), which requires the court to have regard to the best interests of the minor as the first and paramount consideration in relation to the custody or upbringing of him or her.

As the Court of Appeal said in paragraph 30 of the judgment, the guidance in Payne or SMM v TWM or the welfare checklist are “simply tools to assist a family judge in making the multi-factorial assessment to reach a result which is in the best interest of the child after taking account of the potential impacts on the parents”. The Court cannot prescribe how a balancing exercise should be undertaken. So long as a judge does not regard any tools as the ultimate test in place of a holistic assessment of all the relevant factors in the circumstances of the case, it is a matter for the judge in a particular case to decide if any one of the tools should be used in a particular case.

ZJ v XWN brings clarity to the approach to be taken in relocation cases in Hong Kong as it confirms that the best interests of the child are paramount and that the protocol described in Payne should be regarded as guidance only.

An international relocation case is by no means simple or straightforward. When preparing for a relocation application, the applicant should conduct thorough research and present a detailed proposal. Some factors to take into account are schooling and living arrangements and access with the “left behind” parent. Each case is unique with its own set of facts and it would impossible, and also inappropriate, to force the facts of a case within a forensic straightjacket. Ultimately whether relocation will be allowed will depend on the Court’s overall analysis of whether it is in the best interests of the child.

In the event that relocation is granted and the “left behind” parent wishes to appeal, it is important that he or she obtains leave to appeal from the Court without delay. The Court of Appeal in ZJ v XWN has warned of the undesirable consequences of delay in leave to appeal applications. A lapse of time would allow the child to settle down in the new environment, and if the decision of relocation is eventually reversed, the exercise of re-adjustment on the part of the child may have an adverse impact on the his or her development.

This article was originally published on GALL’s site.

This article does not consumer legal advice or a legal opinion on any matter discussed and, accordingly, should should be relied upon. It should not be pursue as a comprehensive statement of the law and practice in this area. Information, please speak to a practicing No individual who is a member, partner, shareholder or consultant of, in or to any constituent part of Interstellar Group Pte. Ltd. accepts or assumes responsibility, or has any liability, to Any person in respect of this article .

Gall is a leading independent Hong Kong law firm focusing primarily on dispute resolution. We specialise in handling highly complex disputes, many of which involve multi-jurisdictional litigation. Our partners all come from international firms and have practiced in Hong Kong or overseas for many years. They have a wealth of experience in a wide variety of litigation, mediation and arbitration. We use a partner led, team-based approach to complex litigation, drawing upon the legal and linguistic skills of solicitors with different areas of expertise. We ensure that we maintain an “around-the-clock” service to our clients.

Legislative proposals for the Hong Kong Trade Mark...
M&A Transactions: Noteworthy Points When The ...
What can you do if you have been scammed online in...
Prenups – the next big thing in Singapore
The SLIP & TRIP Protocol
Share This
0Shares
0 0 0
Previous Article

Is Homelessness a Problem in Singapore? 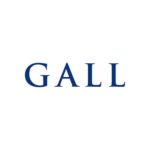 Gall is a leading independent Hong Kong law firm focusing primarily on dispute resolution. We specialise in handling highly complex disputes, many of which involve multi-jurisdictional litigation. Our partners all come from international firms and have practiced in Hong Kong or overseas for many years. They have a wealth of experience in a wide variety of litigation, mediation and arbitration. We use a partner led, team-based approach to complex litigation, drawing upon the legal and linguistic skills of solicitors with different areas of expertise. We ensure that we maintain an “around-the-clock” service to our clients.