What are Senior Counsel in Singapore?
0Shares
0 0 0
ASIALAWNETWORK.COM

What is a Senior Counsel?

The concept of a Senior Counsel was first introduced into Singapore on the 16th of January 1989, where the Legal Profession (Amendment) Bill was tabled for a first reading before SG parliament, where provisions for the appointment of senior counsel were included. The idea of the Senior Counsel serves to continuously raise the bar for young and aspiring legal advocates to improve their craft.

The bill was subsequently passed on the 17th Feb 1989. It was only until the year 1997 that the Senior Counsel scheme was put into operation, where 12 distinguished lawyers was first appointed Senior Counsel, in the hope that the ‘leaders at the Bar will provide the inspiration for younger members of the profession to strive for excellence in their profession’ (Minister for Law, Prof S Jayakumar, The Straits Times, 19 February 1989).

Adapted from the Queen’s Counsel from England

The appointment of a Senior Counsel has its historical roots from England. The term Senior Counsel was coined in Singapore in what is akin to a ‘Queen’s Counsel’ in England. This was done to remove monarchical connotations as the British Monarch is no longer the head of the state. This practice remains the common practice for other Commonwealth countries that were once under the British rule, instead adopting the term ‘Senior Counsel’ or ‘State Counsel’. The ‘Queen’s Counsel’ represents an archaic institution started in the 16th Century. Leaders of the bar served as legal advisors to the Crown, under the title of King’s Serjeants. The use of Serjeants was diminished and eventually abolished when the rank of Queen’s Counsel was recognized under the Judicature Acts of 1870s. Subsequently, Queen’s Counsel were soon regarded as ranks of distinctions, rather than deputies to the A-G and S-G. 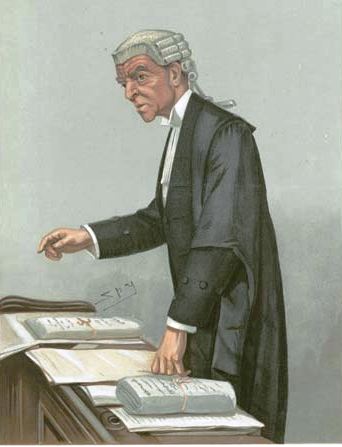 A selection committee, comprising of the Chief Justice, AG and Judges of Appeal will annually consider applicants for the Senior Counsel position. The conferment of silk is not through a unilateral recommendation by the members of legal profession, but rather must be applied for by aspiring candidates. Its selection process is statutorily provided for in the Legal Professions Act (“LPA”).

The selection is based on whether the selection committee is ‘of opinion that, by virtue of the person’s ability, standing at the Bar or special knowledge or experience in law, he is deserving of such distinction’ . The names of successful candidates are announced at the opening of the new legal year by the Chief Justice. Additionally, high ranking legal officers such as the Attorney-General and Solicitor-General, are automatically appointed as Senior Counsel upon holding office .

Clearly, individual merit of the candidate is of the utmost focus in selection. Applicants must first satisfy the requirement of being either an advocate and solicitor or legal service officer for an aggregate period of not less than 10 years. There is no numerical limit as to the number of appointees for every legal year, with the committee assessing each case based on merit. The selection criteria of Senior Counsel focuses on advocacy skills, legal knowledge, professional integrity, contributions to the law in the form of academic teaching, writing, research and committee work for various law institutions to assess a candidates viability as a Senior Counsel.

Interesting things you might not know about Senior Counsel

Delving into the Senior Counsel Data

We analyzed the Senior Counsel Directory published by the Singapore Academy of Law. We worked off the 5 columns of data available and came up with interesting insights.

A few of the major highlights:

Read on for full insights! 74 of the 80 appointed Senior Counsel are now active Half of active Senior Counsel practicing in a local law firm v. 6% in international firms An average of 3.6 Senior Counsel appointed every year

The introduction was written by Ng Shu Yih (content strategist at Asia Law Network) with contributions from Mark Toh from Engelin Teh Practice LLC; data analysis and commentary by Danon Gabriel The from Asia Law Network.

What’s the difference between advocates, solicitor...
Most Common and Confusing Legal Words (Legalese) E...
Why digital marketing matters to lawyers and how t...
Lawyers’ Profiles Visualized In A WordCloud
When will you need legal advice?
Share This
0Shares
0 0 0
Previous Article

Cyberbullying and online defamation in Singapore - advice from 3 Lawyers 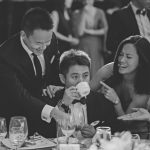