Traffic Accident Victims: How to Make a Claim?
0Shares
0 0 0
ASIALAWNETWORK.COM

Making a claim after being involved in a traffic accident may be complicated. The claim process may vary depending on the circumstances – whether anyone has been injured, whether the car or other property has been damaged, whether the motorist(s) can be found.

#1 Gather evidence of the traffic accident

If it is not a case of a hit-and-run, make sure to exchange particulars with all the parties involved in the accident. Important particulars to obtain are:

Also, remember to take note of important details of the traffic accident, including:

Finally, ensure that you take pictures or draw a sketch plan of the accident scene. This is to provide evidence of what happened at the accident. Make sure to capture:

If the traffic accident has resulted in injuries or fatalities, make a Traffic Police report and obtain a medical report of your injuries.

#2 Decide what to claim for

Next, you should decide what you want to claim for. Generally, you can claim for property damage or personal injury.

Under property damage, you can claim the:

On the other hand, under personal injury, you can claim:

#3 Decide who to claim from

After deciding what to claim, you also need to decide who to claim from. There are three possible sources to claim from:

In most cases, it may be easier to claim from your insurer under your insurance policy. Insurance policies may differ, so it is important to always check your own policy to find out specifically what it covers and how to go about making a claim.

However, it is important to note that there may be certain drawbacks if you claim from your insurer. Some insurance policies contain an “excess” clause, which states that you must bear a minimal amount of loss if you make a claim. This means two things. First, your claim must exceed a certain minimum amount. Second, if your claim exceeds that amount, you can only claim the excess. For example, if the minimum amount is $100, and your claim is #300, you will be able to claim $200.

Claiming from your insurer also means that you may lose your no-claims discount and the price of your premium may increase. This is a discount on your premium calculated based on the number of years in which you have no made a claim on your car insurance. However, if your insurers successfully recover the amount paid to you from the other motorist(s) and his/her insurers, your no-claims discount may not be affected.

If you do decide to claim directly from the motorist(s) or his/her insurer, it may be advisable for you to engage a lawyer to assist you. The lawyer can help with formulating the claim and drafting letters of claim to the other party/parties, negotiating a settlement with them, or even arguing your case should your claim proceed to court.

In cases of personal injury, another option may be to apply to the Motor Insurance Bureau (MIB). The MIB is an independent body that compensates people injured in road accidents, if the person(s) who caused the accident cannot be found or is/are uninsured.

#4 Make the claim as soon as possible

Finally, be sure to make your claim within the stipulated time limit.

If you are claiming from your insurer, it may be best to lodge your claim within the next 24 hours or the next working day. However, the specific time limits for each insurance policy may differ.

If you are claiming from the other motorist(s) involved in the accident, you should also inform him/her of your claim as soon as possible. In doing so, you should bear in mind that if the other party disputes your claim, you may have to file a claim in court. The claim that you file in court must also be filed within a certain time. Generally, the time limit is 6 years, assuming you are suing the other party for negligent driving. Where you are claiming for personal injuries, the time limit is shortened to 3 years.

It can be useful to get advice from a lawyer even before a victim of an accident approaches a workshop to carry out repairs. There are consequences once the workshop quotes for and begin work in the repairs. They will essentially be putting in their version of the facts without considering how the courts will look at it in terms of liability, which may not represent the truth and may not be favorable to your claim. We have seen cases where a victim of an accident has ended up paying for the repairs and at the same time have had their no claim bonus affected. In addition to all this, criminal prosecutions that might take place which may have implications on your claim. It is therefore advisable to have an advising lawyer work closely with your workshop on your claim.

If you are involved in a traffic accident with a foreign vehicle, you should make a police report as soon as possible even if there are no injuries or fatalities.

In gathering evidence, be sure to take a photograph of the road tax disc of the vehicle, if it is a Malaysian vehicle. This will aid you in claiming from the motorist’s Malaysian insurers.

If you are thinking of claiming against another party/parties involved in an accident or would like assistance with your insurance claim, you can talk to a lawyer by getting a Quick Consult. When you get an AsiaLawNetwork Quick Consult, a lawyer will call you back within 1-2 days for a transparent, flat fee of S$49 to answer your questions and give you practical legal guidance on your potential next steps.

This article is written by Stephen Wong from Sterling Law Corporation and Leanne from Asia Law Network.

Defamation: A Guide to Bringing Claims and Avoidin...
The Amended Employment Act– A New Dawn?
How to choose a mediator?
Types of property and home ownership in Singapore
7 Must-knows for Every Freelancer
Share This
0Shares
0 0 0
Previous Article

When will you need legal advice?

The Conveyancing Process in Singapore (with 99.co) 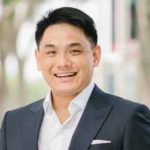