SMU Lexicon: Damages For Defamation — How Are They Assessed?
0Shares
0 0 0
ASIALAWNETWORK.COM

Rome wasn’t built in a day, but it sure burned in one.

No wonder then, that defamation is treated seriously – a person’s reputation takes ages to build, yet a single incident, a statement in a newspaper, a remark in a magazine, or even a seemingly innocuous comment online is enough to ruin it. If the statement is considered to be defamatory, the party or person responsible for making it (i.e. the “statement-maker”) may well face grave consequences. Victims will often seek monetary compensation, otherwise known as damages. This article seeks to explain the type of damages available, how they are calculated, and more importantly, how you can reduce this amount.

In general, there are three types of damages available for defamation – general damages, aggravated damages, and exemplary damages.

General damages are compensatory, and there is no precise formula for assessing the amount payable.[1] Instead, the court will consider several factors based on the facts of each case.[2] The following factors are non-exhaustive.

(1) Nature And Gravity Of Defamation

First, statements which seriously impact the claimant’s reputation would attract higher damages. In Lim Eng Hock Peter v Lin Jian Wei, the defamatory statement in question alleged that the claimant had approved manifestly excessive dividends and gravely mismanaged the club. The court found that such allegations did not merely imply negligence on the claimant’s part; rather, they undermined the claimant’s competence and integrity, and tarnished his professional reputation as a prominent businessman.[3] In fact, the court awarded additional damages to the claimant in this regard.

(2) Position And Standing Of Parties

Second, the nature and gravity of the defamatory statements is inevitably linked to the claimant’s standing, which is another relevant factor for assessing damages. In this vein, generally, more damages are awarded to public leaders and professionals.[4] For instance, our courts have held before that $500,000 is an appropriate sum of damages for a person in the position of the Prime Minister.[5] However, for non-public figures, the amount of damages has generally been significantly lower.[6] The rationale for this stems from the greater harm caused to the reputations of the public leaders themselves and also the institutions of which they are members.[7] As for professionals, more damages are also awarded to compensate the injury to their professional reputation.[8]

Conversely, the amount of damages may also be reduced if the statement-maker is one of relatively lower standing. In Lee Hsien Loong v Ngerng Yi Ling Roy, the court held that the statement-maker was an ordinary citizen writing on his personal blog, and he did not pretend to have special information which gave his allegations greater weight.[9] There was therefore a reduction of damages in view of his relatively “low standing”.[10] Hence, in order to mitigate damages, you could attempt to argue that you were merely an average citizen expressing your personal views, and thus, any damages awarded should be commensurate with your ordinary standing.

(3) Mode And Extent Of Publication

Third, another factor is the extent of publication. The wider the extent of publication of the defamatory material, the greater the award of damages.[11] For instance, defamatory statements on the envelope of a private letter are considered less serious than those published on platforms capable of reaching a wider audience, such as a newspaper or a website, hence a lower amount of damages will be awarded.[12]

The context also matters. For instance, between online publications, a blog post would be considered less credible and influential than a newspaper article, hence a defamatory blog post would warrant a lower amount of damages.[13]

(4) Conduct Of The Statement-Maker

Finally, where compensatory damages are concerned, the statement-maker’s conduct is also relevant in calculating damages. Some factors include a failure to apologise or retract the statement in question, and the presence of malice.[14]

One factor is a refusal to apologise for the defamatory statement made. Even if the statement-maker apologises, an insincere apology, such as one made simply to avoid wasting time on fighting a court case, would also warrant aggravated damages. [17]

Another factor is the repetition of defamatory statements, which shows malice on the statement-maker’s part, and thus calls for aggravated damages. For instance, aggravated damages were awarded in Lee Kuan Yew v Seow Khee Leng, where the accused made remarks alleging corruption on the claimant’s part at an elections rally, and repeated the same remarks at another rally the following day, despite having no belief that these remarks were true.[18]

Finally, in general, the amount of damages is likely to increase if the statement-maker has acted maliciously or recklessly. Here, malicious or reckless behaviour refers to ill-natured conduct, without regard to the truth of the defamatory statements. For example, aggravated damages were awarded in ATU v ATY, where the court found that there was no reasonable basis for the accused to make the defamatory statements, and moreover, objective evidence did not support the statements. [19]

Another possible remedy is exemplary damages, which seek to punish the statement-maker.[20] However, in practice, this is less commonly awarded.[21]

Exemplary damages may be awarded if the statement-maker had known or suspected that the statement was untrue but failed to ascertain the truth,[22] and had acted in expectation of profit, publishing the statement because the potential material gain outweighed the potential liability for defamation.[23]

In calculating exemplary damages, the court considers the statement-maker’s means to pay the damages, his degree of fault, and the amount of profit gained from making the defamatory statement.[24]

Nonetheless, apart from issues of relative standing between the parties, there are several ways to reduce the amount of damages payable. For example, damages can be reduced under s 10 of the Defamation Act,[25] if the statement-maker shows that he apologised to the claimant before being sued, or at the earliest opportunity after being sued.[26] To prevent over-compensation, s 16 of the Defamation Act also provides for the reduction of damages if the claimant has already been compensated in respect of the defamatory statement, or has agreed to receive compensation from the statement-maker.[27]

The court may also consider evidence that is directly relevant to the particular sector of the claimant’s life to which the defamatory statement relates.[28] If such evidence goes towards justifying the defamatory statement, the amount of damages may be reduced.[29] For instance, in Burstein v Times Newspapers Ltd, a newspaper published an article to the effect that the claimant used to organise groups of people to harass and disrupt modern atonal music performances.[30] Evidence that showed that the claimant was a co-founder of a group of campaigners against atonal music, and that the group, including the claimant, had led the audience in booing at a particular performance, was considered by the court to be “directly relevant” for the purposes of reducing damages.[31]

Finally, the amount of damages may also be reduced if the statement-maker proves that the claimant had provoked him into making the defamatory statement. [32] Provocation here may include vulgarities or abusive language directed at the statement-maker. [33]

Ultimately, the amount of damages payable depends on the court’s assessment of the facts. Grossly exorbitant figures will be avoided, and the court will consider mitigating factors in order to arrive at a “fair and reasonable sum”.[34] In light of the mitigating factors, your best course of action would be to offer an apology and compensation as soon as possible. This helps to not only reduce the amount of damages, but also avoids unnecessarily prolonging the litigation battle. However, if an apology or compensation offer is not feasible, another possible action would be to collate past text messages, emails or other correspondence which directly relate to the subject of the defamatory statement, or which illustrates provocation on the claimant’s part.

SMU Lexicon: An Overview of Defamation

Know Your Lawyer: Adrian Tan, Partner at TSMP, On Why The Law Is A Society’s Operating System 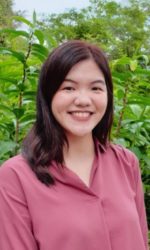