Can WhatsApp messages be used in court in Singapore?
0Shares
0 0 0
ASIALAWNETWORK.COM

67% of Singaporeans use WhatsApp

Inevitable question – can WhatsApp be used as evidence in court?

With the rise of WhatsApp as a dominant messaging platform in our everyday lives, many people are starting to ask if WhatsApp messages can be used in court.

In commercial cases, WhatsApp messages are sometimes used as evidence to show negotiations or contract formation. For example, Freddy and Martha could be buying and selling goods by agreeing to the price, delivery date and nature of the goods through a WhatsApp message. Some smaller enterprises may also use such methods to form contracts. Yet, this is still considered as uncommon, as most respectable businesses would still prefer to have a proper written contract, invoice or quotation for sales transactions.

Yes – WhatsApp messages can be used in Singapore courts, under certain conditions

WhatsApp messages can be used in court as evidence but it must fulfill certain conditions and be properly presented for it to be valid and to be considered. Electronic evidence still needs to pass all the requirements of evidence to be used in court.

The primary challenge in admitting these messages into court is the possibility and risk that the messages were tampered with.

In order to use WhatsApp messages as evidence, you must show that the message is:

#1    Admissibility – Is the Court even going to allow the evidence to be tendered before it?

The Court can consider a piece of evidence inadmissible if it falls under certain forbidden categories. “Inadmissible” means that even if it is placed before the Court, the Court will put it aside and it cannot be used to assess the case at all.

Some examples of inadmissible evidence include:

Hearsay is defined as “information received from other people which cannot be substantiated; rumour.” Hearsay is generally not admissible in court. Some examples are:

E.g. 1 – Husband has a WhatsApp message with Tom (his friend). In the WhatsApp message, Tom said that he visited Hotel X and overheard the hotel staff saying that Tom’s wife and her boyfriend were in Room 123.

The WhatsApp message is only admissible in that Husband and Tom did exchange messages of this nature. But it is inadmissible to show that Wife and Boyfriend were actually in Room 123. The hotel staff must be called to give evidence of what he actually said.

There are exceptions that allow purported hearsay to be admissible which are covered in the Evidence Act sections 32 to 40.

#2    Authenticity – How to prove that the WhatsApp message is genuine and not fabricated?

Proving authenticity is perhaps the most challenging aspect of submitting WhatsApp messages as evidence in court. You must show that the other party really did write that message and sent it, that the sender intended to send it and that the message phone has not been tampered with.

As an illustration, a screenshot or photograph of a screen is harder to prove is authentic than if the original text is retrieved directly from WhatsApp servers, which is unlikely that WhatsApp will agree to.

One of the common arguments against authenticity is the “chain of custody”. A Party may challenge the WhatsApp message if it has passed through many hands.

In this example, the Defendant could challenge that the WhatsApp message could be tampered by Jerry before it reached the forensic specialists. The Plaintiff has to show that WhatsApp only allows one to add new messages, but not amend messages which were already sent out.

How can you authenticate WhatsApp messages?

There are a few ways to authenticate WhatsApp messages:

Proving that a WhatsApp message is relevant is the least challenging of the 3 conditions to prove since framing the message the right way can show that the messages are relevant. A person seeking to produce WhatsApp evidence would state that it is relevant in terms of the content. For example:

E.g. 1 – A husband wants to produce WhatsApp message extracts showing that his wife went with her boyfriend to a hotel. This is relevant for divorce proceedings. But, it is not relevant if the husband is claiming that Wife owes him money under a private loan between them, and not claiming for divorce.

E.g. 2 – Seller claims in Court that the buyer did not pay the agreed amount of $5,000 after the seller sold him a specially built laptop. The seller wants to produce a WhatsApp message showing that both the seller and buyer agreed to meet at bus stop A on 1 June 2015 to hand over the laptop. While this alone does not prove that the buyer refused to pay, it is relevant as to whether the laptop was delivered to the buyer, which is a fact in issue. Thus, the WhatsApp message is relevant.

After the Court determines that the evidence is relevant, it then has to determine how much weight to accord to it (i.e. how strong is this evidence in proving each parties’ point).

These rules are applicable to other forms of electronic communication like emails, SMS texts and other messaging apps too

These requirements apply to other types of electronic evidence as well such as email, SMS, LINE, WeChat and other messaging platforms.

Each platform has a varying degree of anti-tampering technical capabilities. Generally, the more secure the platform, the more likely it can be successfully proven as being authentic.

Also, it is a lot more convenient to extract SMS and email records compared to other messaging platforms. Emails have already been recognised as mainstream evidence in many cases.

What are the defenses an opposing party can bring up if you submit WhatsApp messages as evidence against them?

When you submit evidence in court, the other side is likely to rely on a few defenses to evidence admission, including:

The actual defenses have been elaborated upon above, but do consult a lawyer as the actual nature, wording and circumstances surrounding how you obtained the WhatsApp messages would need to be analysed.

Have a legal question?

If you need legal advice on submitting electronic evidences, you may get a Quick Consult with Wei Chin or other lawyers for a transparent, flat fee of S$49 and expect a call back within 1-2 days to get your questions answered.

This article is written by Che Wei Chin from Covenant Chambers LLC and edited by Gabriel The from Asia Law Network.

Wei Chin is primarily involved in various aspects of commercial and litigation practice, and has a broad range of practice areas covering both disciplines. In the field of litigation, Wei Chin has handled cases spanning across different courts, including handling High Court applications himself. His wide range of experience in litigation includes tenancy disputes, writs of possession, claims concerning breaches of director’s duties, probate matters, criminal matters, matrimonial matters and various other types of litigation work. Wei Chin’s diverse legal background enables him to merge litigation foresight with commercial sensibility, thus providing him a balanced outlook when providing legal counsel and advice.

Proving Adultery in Divorce Under Singapore Law
Defending yourself against defamatory attacks on s...
When will you need legal advice?
This Side of the Fence: #1 – The Charge
I’m a foreign worker in Singapore. Where can I see...
Share This
0Shares
0 0 0
Previous Article 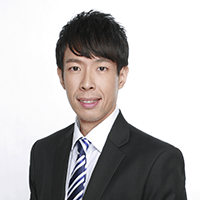 Wei Chin is primarily involved in various aspects of commercial and litigation practice, and has a broad range of practice areas covering both disciplines. In the field of litigation, Wei Chin has handled cases spanning across different courts, including handling High Court applications himself. His wide range of experience in litigation includes tenancy disputes, writs of possession, claims concerning breaches of director’s duties, probate matters, criminal matters, matrimonial matters and various other types of litigation work. Wei Chin’s diverse legal background enables him to merge litigation foresight with commercial sensibility, thus providing him a balanced outlook when providing legal counsel and advice.